I was invited to join author JC Morrows on her book tour! Since Ms. Morrows would be in Illinois, doing research for her Amish Fiction novels, she graciously invited me along, so I could do my own research . . .

First, I rushed to order copies of my debut book, which is scheduled to release on May 31st . . . they came just in time — and they look even better than I was expecting. I am thrilled with the results! Everyone who worked hard to produce Blueberry Cupcake Mystery did an AMAZING job!

The drive to Illinois went well enough; good weather and even better conversation. There was very little roadwork, so we made excellent time. We left a day early to see some of the sights.

Our first stop was Casey, Illinois . . .

This gigantic rocking chair is located in Casey . . . a great, little town to visit, if you’re ever in Illinois! 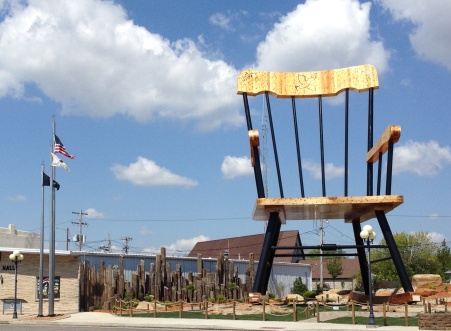 Casey, Illinois has more than their share of “World’s Largest” items  . . . including wind chimes — and you can actually make them chime for you!

The next picture was actually taken through the window . . . I know, it’s not the best idea in the world, but the shop was closed — and I wasn’t leaving town until I had a picture! What you’re seeing below are the world’s largest knitting needles and crochet hook! And yes, they actually work!

World’s Largest Knitting Needles and Crochet Hook. In order to break and set the World Records, representatives of The Yarn Studio were required to knit and crochet a 10 x 10 tension square (gauge swatch) with each crafting tool – 10 stitches by 10 rows. 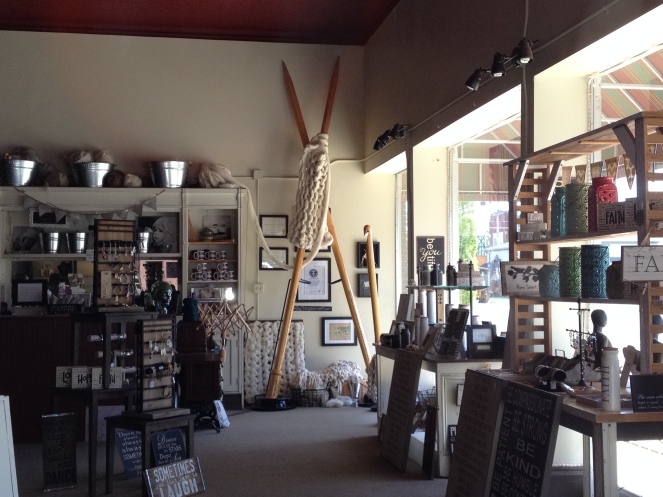 Join me next week for more adventures in Casey!

This site uses Akismet to reduce spam. Learn how your comment data is processed.